The RED-CARPET NOIR series has been researched by Eva Montealegre who began her writing career working first as a historical researcher for the Department of Defense in radio and television. She created THE SHAPING OF AMERICA, featuring little known facts about contributions to American history by women and minorities based on her research all of which is now on file with the United States Information Bureau. The first in her crime series is BODY ON THE BACKLOT. Luckily, Montealegre’s crime writing research includes interviews and time spent with homicide detectives, the coroner’s office and convicted criminals. She has also interviewed numerous crime writers including Barbara Seranella, Robert Eversz, TJ Parker and Michael Connelly.

Montealegre grew up on her father’s showboat restaurant, The River Queen, docked in St. Louis. It was a hotbed of adultery, politics, delicious food and great music. Her mother, a researcher & investigative journalist for the papers and St. Louisan Magazine, dragged Eva through every neighborhood in St. Louis from aristocratic homes to crime-infested alleys. A combination of earthy artistic expression and intellectual pursuits formed Eva from a young age with in-depth engagements into the worlds of art, film, theatre, and music, ultimately forging her into the LA crime author of Red-Carpet Noir featuring female investigator, Joan Lambert. Visit the author’s page at www.redcarpetnoir.com

Select all writings of  Eva Montealegre

Jennifer Packard grew up in Baltimore, Maryland. She received a BA in Liberal Arts, an MFA in Film and Television Production and an MA in Second and Foreign Language Education.

Select all Writings of  Jennifer Packard

I am probably the only person you have ever met who has fallen down a manhole in Spain, been bitten by a penguin & peed on by a tiger. The fact is I’ve always had a sense of wonder, a taste for adventure & a great interest in the world around me. I succeed not by being inherently brilliant but by my love of a challenge & never giving up until I have accomplished the objective in front of me.

I’m fascinated how technology is changing the way we communicate, establishing new communities & forging new pathways and possibilities in entertainment, business, entrepreneurship, media & politics. Of particular interest to me, are scalable projects that ride the wave that the confluence of You Tube, wearable tech, smart phones & tablets is creating.

I was named one of the top 100 producers in the U.S.A. & awarded a Google scholarship in 2018. I’m not afraid to say I’m still in awe of Skype , & despite every day not being a bed of roses I always count my blessings.

Select all writings of  Michael Savage

I was born in Los Angeles, and other than a few years in Colorado, I’ve lived here my whole life. As an honorary member of Toastmasters, I gave my first speech on dinosaurs, at the age of seven.
I’ve loved role-playing games since my childhood. In Dungeons and Dragons, I was drawn to the role of dungeon master because I liked being the storyteller. I created and destroyed many worlds.
I graduated from UCLA with an Aerospace Engineering degree in 1992.
From working in IT at UCLA to coding on billion-dollar e-commerce systems for multiple Fortune 500 entertainment companies, I’ve worked in technology for almost a quarter century. I was a programmer in a small team that got awarded P.C. Magazine’s Editor’s Choice for Best Virtual Desktop. I write novels and code software in Los Angeles.

Select all writings of  P.G. Sundling

I am a retired California State University, Chico administrator with an earned degree in Social & Behavioral Sciences. I have authored two non-fiction paperbacks and one children’s picture book.

Additionally, I am the recipient of The Butte Literacy Council’s 2015 and 2016 Literacy Fiction Awards, and the CWC Sacramento 2018 Short Story Award. More of my works are published in the North State Writer’s 2017 and 2018 Anthologies, and the 2017 and 2018 CWC-California Writers Literary Review.

I currently serve as President of the CWC-North State Writers and reside in a small mountain community with my husband, three Bassett Hounds, and a blind and deaf Australian Shepherd.

Select all writings of  Kathi Hiatt

Select all writings of  Sylvia Molesko

Varak Kaloustian is eighteen years old in his freshman year of college. He lives in Los Angeles, California with his mom, dad, and two brothers. He likes to play basketball, travel, cook, manage his YouTube channel for Yu-Gi-Oh!, and spend time with his friends and family.

Varak began writing at seven years old. He loved writing comic books and illustrating them. During this time, he tried writing a book four times and failed each time. However, during the sixth grade, he was given an assignment to write for a half hour every week. This allowed him to practice the writing process, and while the story he wrote was not good, he now knew he enjoyed the writing process. So after sixth grade, he started over and wrote The Solar System’s Prophecies, which was published in 2015 during his freshman year of high school and the first in his The Legend of V series. Two years later, he published Triangle Corruption, the sequel. The Solar System’s Prophecies is now mandatory summer reading at Laurel Hall School, Varak’s alma mater. Varak’s third book is now in development.

Select all writings of  Varak Kaloustian

My name is Ishrat Husain. I’m a physician and also a fiction writer. I have an MFA and also hold a certificate in creative writing from UCLA. I have written many short stories which have been published in magazines. I have also written two novels which are awaiting publication. I’m sending you a short story called “Swept Away.”
My website is ishrathusainmd.com
Thank you for your attention.
Ishrat

Select all writings of Ishrat Husain

Scott Skipper is a California fiction writer with a broad range of interests, including history, genealogy, travel, science, and current events. His wry outlook on life infects his novels with biting sarcasm. Political correctness is taboo. His work includes historical fiction, alternative history, novelized biography, science fiction, political satire, and now even a love story. He is a voracious reader and habitual and highly opinionated reviewer. Learn more at www.ScottSkipper.com Follow on Twitter @SSkipperAuthor and Facebook/ScottSkipperAuthor

Select all writings of Scott Skipper

Select all writings of Ilan Sendowski

Florence grew up in Brooklyn, NY.

She received a BA in English and an MA as a reading teacher.

She lived in New Jersey for 54 years and became interested in poetry when The Dodge Foundation offered free poetry workshops to New Jersey teachers. Her poetry has appeared in THE PATERSON LITERARY REVIEW, LIPS, REVELRY, and THE AMERICAN VOICE IN POETRY: The Legacy of Whitman, William, and Ginsberg.

She moved to Los Angeles three years ago and is enjoying being a member of The Writing Group in Woodland Hills.

Select all writings of  Florence Ames

My name is Ruth Lathrop. I have recently joined The California Writers Club. I am a retired third grade teacher who now had time to pursue writing. I am in the process of writing a children’s book. We were asked by a member of my book club to write a story about ourselves. I waited to the last minute and couldn’t think of any thing exciting about my life. I came across a note I’d written a long time ago. It said, my life has been reduced to notes. I was reminded of Ray Bradbury’s The Illustrated Man. I sat down and started writing this story titled The Illustrated Woman. I hope you find it humorous and it puts a smile on your face. I think all of us after a certain age need to write a note or two.
Select all writings of Ruth Lathrop

JL Schmidt, a former street medic from coastal California is an emerging novelist and poet. The Author’s works are included in the book “Life in Pacific Grove”, as well as in print through Scheherazade Literary Magazine and online at Managing The Ghosts.

Select all writings of Jennifer Schmidt

I am a writer of absurdist comedy short stories and occasional poems.

Recently relocated to Los Angeles and looking for outlets for my creative expressions.

Originally from Georgia and spent the previous 7 years in Annapolis, MD.

I was a successful fine arts painter.

I have exhibited at art galleries.

I have paintings in museums.

I also write poetry short stories and novels in the works.

Born in the midwest, Sheila claims California as her adopted state.

Her parents ran a weekly newspaper in Sun Prairie, WI. She received her BS degree in journalism and education and a master’s degree from the University of Wisconsin, Madison, where she met her New Yorker husband.

Upon graduation, the couple moved to California where she did PR for the Los Angeles Community College District and the PKU Newsletter for Children’s Hospital of Los Angeles.

Sheila returned to teaching and retired in 1992, after more than 20 years of teaching. A member of California Writers Club, San Fernando Valley Branch, she enjoys the spirited Friday Critique group.

She’s the mother of two adult sons, Aaron and David and four precious grandchildren ranging from 10 to 12.

I am an architect, not working too much these days.

Living in Southern California for the last 25 years with my wife and teenage son.

Select all Writings of   Tall Fellow

Born in January 1928, Dina Souchotinsky-Klayman was 12 when Hitler sent his troops into Belgium following the outset of World War II.

The invasion on May 10, 1940, started her family on a seven-month journey across France, Spain and Portugal, on the way to the relative safety of England.

Dina Klayman recently completed a biography about her father and World War II memories, and she’s seeking a publisher to print the book called “Escaping to Freedom in the Eye of a Hurricane.”

In the years before the war, Dina’s father, Voulf Souchotinsky, turned in many spies to the Belgian authorities, and he was active in getting German Jews over the border so they could escape to unoccupied countries in the west.

Select all writings of   Dina Klayman

Practiced briefly on the east coast then moved to Calabasas in 1976.

Both of my brothers have written or edited numerous books and articles.

I began writing about fifteen years ago. 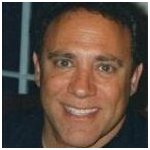 Born and raised in Brooklyn, NY, Rob works as the Clinic Director of a reversing Diabetes clinic in Sherman Oaks. He resides in Calabasas, CA, not far from his two grown kids who are the inspiration of his life, since he lost his dad when he was only three.

Rob started writing poetry in his teens. Most of his early writing was inspired by his relationships with girls and the feelings he had in nature. He graduated from Manhattan based Baruch College and moved to Los Angeles the day after his college graduation because of a girl.

Rob has won poetry contests and been published over the years and after writing hundreds of poems, Rob started writing children’s stories in rhyme, because it was more of a challenge. Rob’s favorite author was Dr. Seuss and to this day, Rob feels there’s a little Dr. Seuss in everything he writes.

And Rob will continue writing poetry and children’s stories because he feels…it is his passion.

Select all writings of Robert Solomowitz